These hormones are necessary for almost all metabolic activities in the body. Autoimmune destruction of the thyroid gland is believed to be caused by an immune response, both homoral and cell mediated, resulting in tissue damage localized in the thyroid. Anti-thyroglobulin antibodies (ATG) are auto antibodies that occur after the- thyroid gland has been injured or after it becomes inflamed. ATG are organ-specific antibodies directed against different epitopes of the thyroglobulin molecule or against a component of the smooth endoplasmic reticulum of thyroid cells. 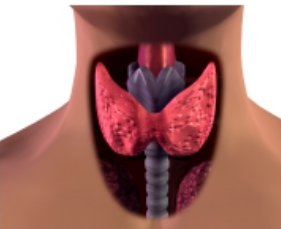 The mechanism triggering ATG production might be due to; excessive levels of antigen production caused as a result of cell destruction resulting from viral invasion, malignancy or external irradiation to thyroid, cross-reacting bacterial or viral epitopes, abnormalities in immunoregulation.This allows uncontrolled T or B cell immune response to thyroid antigen, hereditary or genetic predisposition and environmental factors could also distort the normal levels.