Thyroid gland synthesizes and secretes Triiodothyronine. It is formed by peripheral deiodination of thyroxine (T4). Thyroid stimulating hormone (TSH) leads to secretion of T3 and T4 into circulation and plays an important role in regulating the metabolism. Secretion of T3 and T4 is regulated by a negative feedback mechanism involving the thyroid gland and hypothalamus. A major concentration of T4 binds to Thyroid binding protein (TBP) and to some extent with albumin and Thyroid Binding Pre-Albumin (TBPA). T4 molecules that are not bound with TBP’s are free flowing molecules in blood stream and have high metabolic activity.These are called Free T4(FT4).Ours FT4 Blood Test price is the most competitive that u can find.

This test is based on the principle of chemiluminescent immunoassay (CLIA). Test consists of two steps. First step involves combining the assay diluent and anti-FT4 coated paramagnetic microparticles with the test sample. Binding takes place between anti- FT4 coated microparticles and FT4 present in the sample.This is followed by washing step and addition of acridinium-labeled anti- FT4 conjugate to the combined mixture. After second washing cycle, pre-trigger and trigger solutions are added to the reaction mixture. The resulting chemiluminescent reaction is measured as relative light units (RLUs). 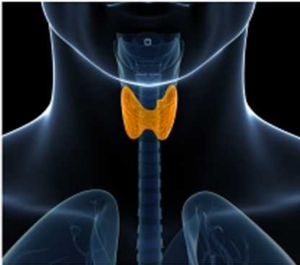