Prolactin is a pitutary hormone responsible for the stimulation of milk-production in women after parturition. Prolactin is also secreted in non pregnant women as well as in men, however, the functional significance in either case is insignificant. It is responsible for sexual gratification (satisfaction after sex). Prolactin also has an inhibitory effect on the production of sex hormones i.e estrogen in women and testosterone in men.We provide the best Prolactin Test Cost in the industry around.

After child – birth, there is an increase in the levels of prolactin . This increased level is maintained until the woman is breast feeding. In women who do not breast feed, the prolactin levels are near normal.

Prolactin assay (PRL assay) is a two site sandwich immunoassay using direct chemiluminometric technology- in the Advia Centaur analyser. This involves use of constant amounts of two anti-prolactin antibodies. In the Lite Reagent used in the assay, acridinium labeled, polyclonal goat antibody is the first antibody. While in solid phase, mcxiodonal mouse anti-prolactin antibody, covalently coupled to paramagnetic particles is the second antibody. The reaction occurring between antigen and antibody to form a complex, generates luminescence which is amplified by addition of acid arxl base reagent to the reaction mixture. 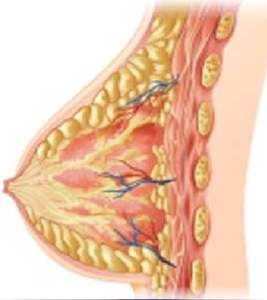 of prolactin present in the patients’ sample.